Written Declaration of Principles – Berlin Seminar of Adivasi-Koordination in 2013

Of Land, Labour and Love 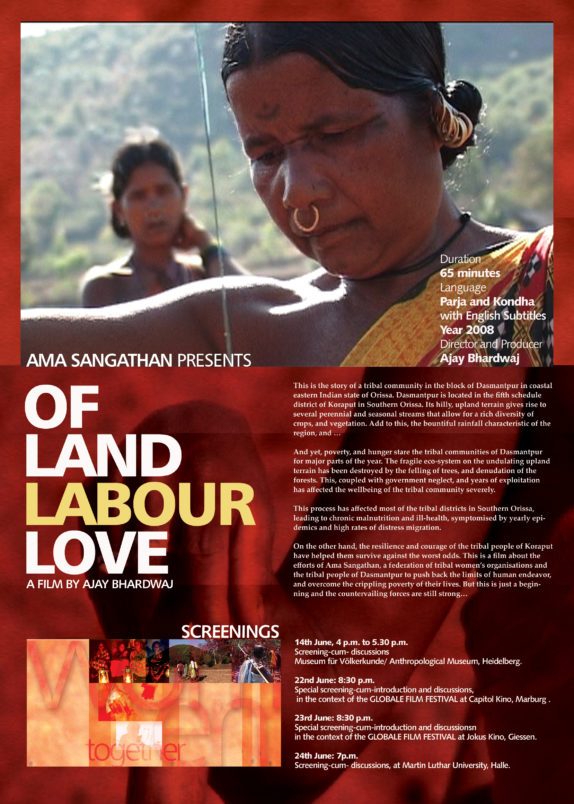 This is the story of a tribal community in the block of Dasmantpur in South Orissa. Dasmantpur is located in the fifth schedule district of Koraput in Southern Orissa. Its hilly, upland terrain gives rise to several perennial and seasonal streams that allow for a rich diversity of crops, and vegetation. Add to this, the bountiful rainfall characteristic of the region. And yet, poverty, and hunger stare down the tribal communities of Dasmantpur for major parts of the year. The fragile eco-system on the undulating upland terrain has been destroyed by the felling of trees, and denudation of the forests. This, coupled with government neglect, and years of exploitation has affected the wellbeing of the tribal community severely. This process has affected most of the tribal districts in Southern Orissa, leading to chronic malnutrition and ill- health, symptomised by yearly epidemics and high rates of distress migration. On the other hand, the resilience and courage of the tribal people of Koraput have helped them survive against the worst odds. This is a film about the efforts of Ama Sangathan, a federation of tribal women’s organisations and the tribal people of Dasmantpur to push back the limits of human endeavor, and overcome the crippling poverty of their lives. But this is just a beginning and the countervailing forces are still strong?