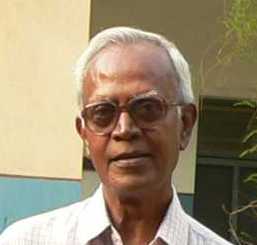 He was detained in October 2020 under a draconian anti-terror law. He died – still imprisoned – on 5th July 2021 in a Mumbai hospital.

recording of a conversation with journalist Michael Briefs in 2004

online publications of and about Stan Swamy

I am not a silent Spectator. Why Truth has become so bitter, Dissent so intolerable, Justice so out of Reach.

An Autobiographical Fragment, Memory and Reflection.

Framed to Die. The Case of Stan Swamy.

Deprived of rights over natural resources impoverished Adivasis get prison.

A study of undertrials in Jharkhand

in memory of Johannes Laping (1949 – 2021), long-standing active member of Adivasi-Koordination

December 2020: 20 Jharkhand exists as a state for 20 years. Interview with adivasi writer and lyricist Jacinta Kerketta

Gladson Dungdung, A Vision for Adivasis, 2017

Adivasi activist Gladson Dungdung about his vision for the adivasis. Please note: upload of this article takes some time

Written Declaration of Principles – Berlin Seminar of Adivasi-Koordination in 2013

50 Years and More. Struggle for Justice at Rourkela.

Proceedings of the Convention of Displaced Persons “Livelihood or Survival” at Nav Jagriti, Kalunga (near Rourkela) on 6th and 7th March, 2010. sarini Occasional Papers No. 7, Edited & Published by Displaced Persons’ Conference Organising Committee, Rourkela, Odisha with support from ASHRA, sarini and Adivasi-Koordination Germany 2010

Rourkela and after. 50 years of industrial development and social responsibility in Indo-German cooperation.

Papers presented at a conference at Königswinter (near Bonn), Germany, 22nd to 24th September, 2006 sarini Occasional Papers No. 5, Edited & Published by sarini and Adivasi-Koordination in Germany, 2006

Adivasis of Rourkela. Looking Back on 50 Years of Indo-German Economic Cooperation.

Bineet Mundu, Development and Displacement. Who Pays the Price?

A compilation of articles, stories and data on the question of development and displacement in four states in India. Published by Adivasi-Koordination in Germany, 2011

Annexure A [to Karanpura Valley Turnover]: The Extent of Existing and New Mining Projects

Dayamani Barla, We need food, not steel! We need development of our land, not factories!!

(published as part of: Dayamani Barla, A Sweet Poison, Saga of displacing & pauperising people in Jharkhand)

Claudia Aufschnaiter, “First you push them in, then you throw them out”: The Land Rights Struggle of the Adivasi Peoples in India with Special Reference to South India.

Martina Claus, Sebastian Hartig, The Koel Karo Hydel Project – an empirical study of the resistance movement of the Adivasi of Jharkhand

Joy Raj Tudu, Development in the Santal Parganas: an overview of the underlying issues

Self-determination, survival in dignity and development of Adivasi/indigenous peoples.

A discussion paper for funding agencies and voluntary agencies working with Adivasi, the tribal and indigenous peoples in India prepared by Adivasi-Koordination Germany 2001